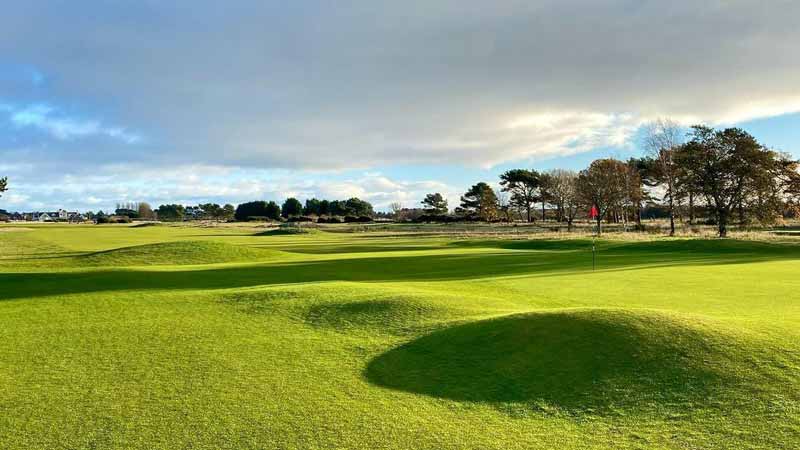 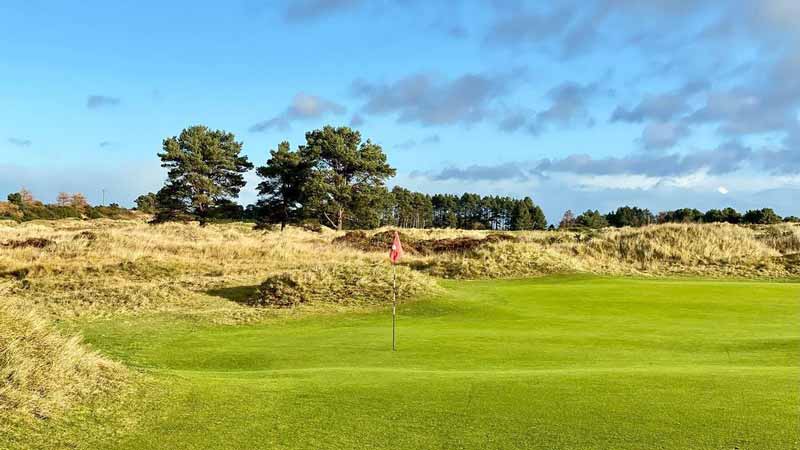 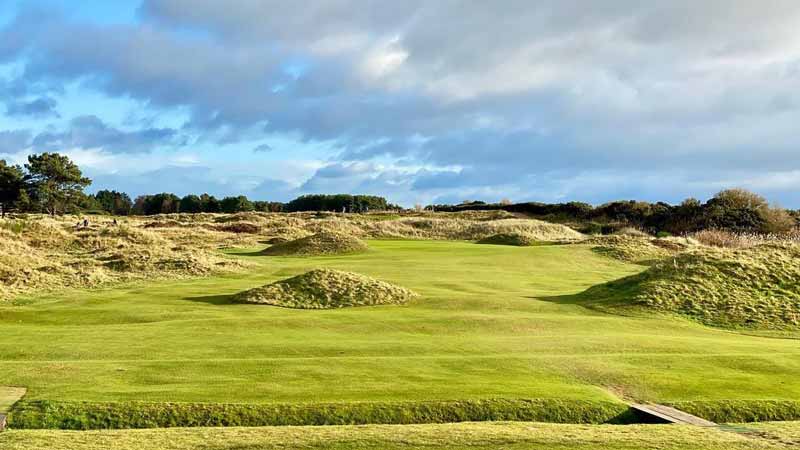 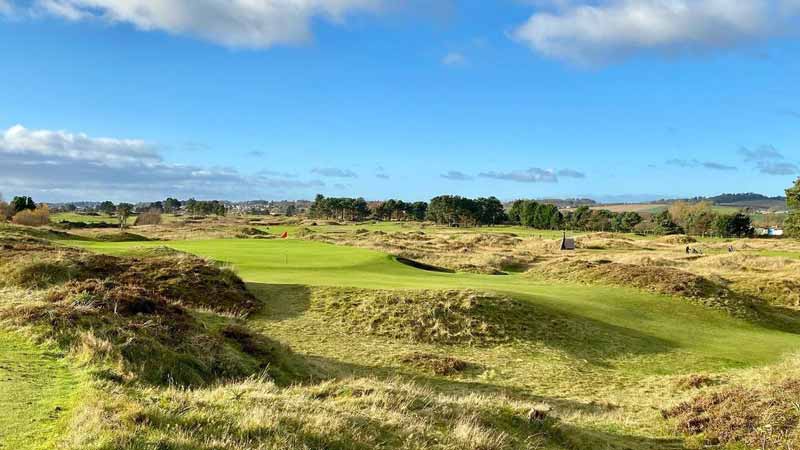 The Historic Panmure Golf Course is a classic natural links that is often overlooked because of the abundance of world-class golf in the area.  If you are in Angus to play Carnoustie there is no better place for a challenging warm-up than this historic golf club.

Panmure is actually the nearest links to Carnoustie and it’s fairly similar in its low-lying terrain and toughness. Unlike Carnoustie, the course follows the traditional out-and-back routing and combines the best elements of links and heathland, with tight fairways, challenging carries, undulating greens, and sandhills forged by nature.  The touches of heather add a wonderful texture to the course and the moderately undulating hillocks add visual appeal as well as imparting their strategic influence.

Steeped in history the Legendary Old Tom Morris was originally hired to survey the land.  He and Designer James Braid had a major influence on the design. Golfers playing Panmure will require both strategy and skill .  The links is a par 70 that plays to 6,551 yards and has been recognised several times over the years with many significant competitions being staged on the course such as Qualifying for The Open Championship.

The Panmure Golf Club dates back to 1845.  It is recognised as one of the 26 clubs that originally helped purchase the Amateur Championship trophy first played for in 1885.  The Club was founded in 1845 when seventeen gentlemen met and commissioned Allan Robertson and Alexander Pirie from St Andrews to lay out nine holes in the area of Monifieth.

In 1880, Panmure was extended to eighteen holes, but before the turn of the century, with the number of clubs playing the course increasing, the Panmure Club resolved to move and settled on the present site in Barry in 1899. Apart from the Championship course at Carnoustie, the best golf course in this wonderful part of Scotland. We were warmly welcomed by the members and staff. An excellent day’s golf.

Ben Hogan was smitten by it during his practice here and so was I. Like Carnoustie, Panmure is generally flat and hidden from the sea so it lets its layout (by James Braid) do the talking. Low-handicappers will love the true test and everyone will love the condition of the course. If you want more scenery and lower green fees (and a bit easier links), head east to Montrose and Arbroath.

Panmure is an absolute gem of a golf course to play. The course is renowned for always being in wonderful condition and the layout is highly acclaimed by many. The greens are magnificent