“Its modest topography might not win over the first time visitor, but the keen architecture student is guaranteed to find lots to admire. The greens are beautifully if subtly contoured, and the quality of the bunkering – both in its strategic placement and in the artistry of its shapes and revetments – is simply the finest on the planet.”
Tom Doak, Golf Course Architect, “The Confidential Guide to Golf Courses Volume 1 – Great Britain and Ireland”

The Honourable Company of Edinburgh Golfers holds the claim of being the oldest verifiable organized golf club in the world. Although the game itself is several centuries older, the club’s records date back to 1744, when it produced the thirteen original Rules of Golf for its first competition, which was played at Leith Links for the Silver Club. The Company played on the five holes at Leith Links for nearly a century, but overcrowding forced a move in 1836 to Musselburgh’s nine-hole Old Course, which was situated within a horse-racing track. The Musselburgh course would eventually be shared by four separate clubs and as a result, became too crowded for the liking of the Company members.

As a result, in 1891, the Company purchased The Howes, another old horse-racing track on the Archerfield Estate at Dirleton, leading cynics to claim that all the Company had done was move “from one race-course to another.” The course, called Muirfield, was designed by Old Tom Morris and within a year, it hosted its first Open Championship. This situation caused some ill feeling at Musselburgh, which lost the right to hold the Open from that point forward. This new course was met with wide approval from the start and has been modified and updated several times since, most significantly in the mid-1920’s by Harry S. Colt, who would introduce 14 new holes after the club purchased an additional 50 acres of land north of the existing course.

Muirfield has hosted 16 Open Championships and most recently, it was Phil Mickelson finally lifting the Claret Jug on these historic links back in 2013. Other winners at Muirfield include Nicklaus, Watson, Trevino, Player, Els, Faldo (twice), Vardon and Hagen. That is some list…

The club is unique for many reasons, one of which is due to the fact that the game most commonly played by members is foursomes, more commonly known as alternate shot. The club also was in the news for the wrong reasons in recent years due to the fact that it had a male-only membership policy, one that was finally abolished so that the club could maintain its spot in the Open rotation.

Muirfield is commonly ranked among the top five or ten courses in the world, with its distinctive routing and excellent bunkering being celebrated. A full day at Muirfield is one of the great experiences in golf and we were lucky enough to be playing our own ball in the morning, have the famous Muirfield lunch (jacket and tie absolutely mandatory) and then head back out for a boozy alternate shot match in the afternoon, all while enjoying some of the finest weather during our entire trip. 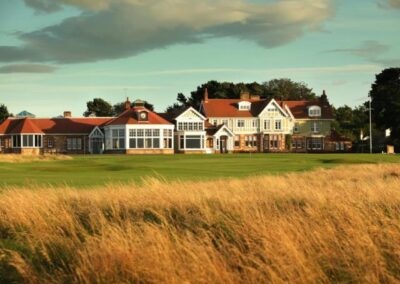 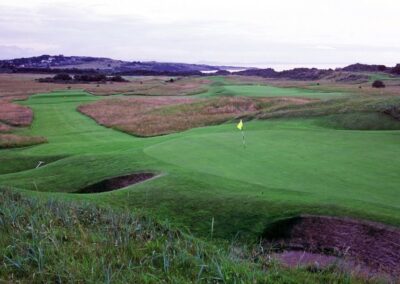 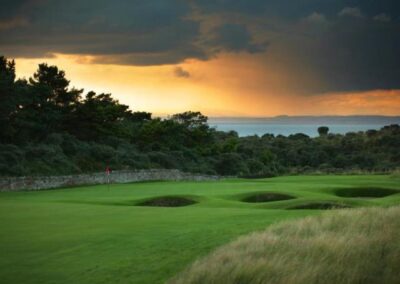 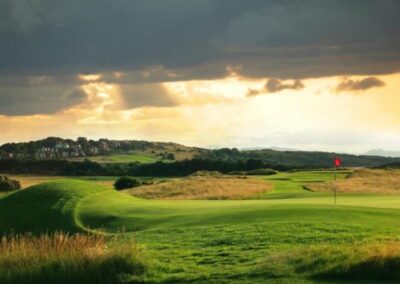 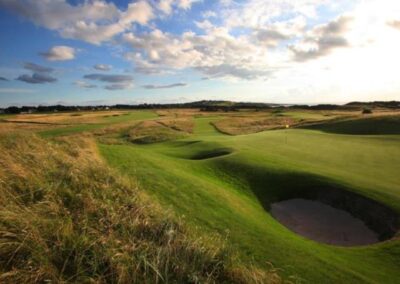 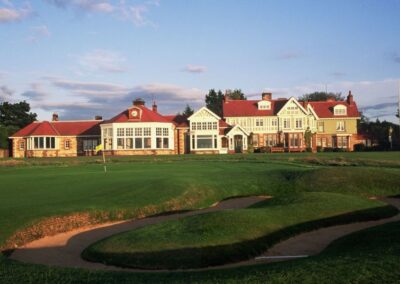